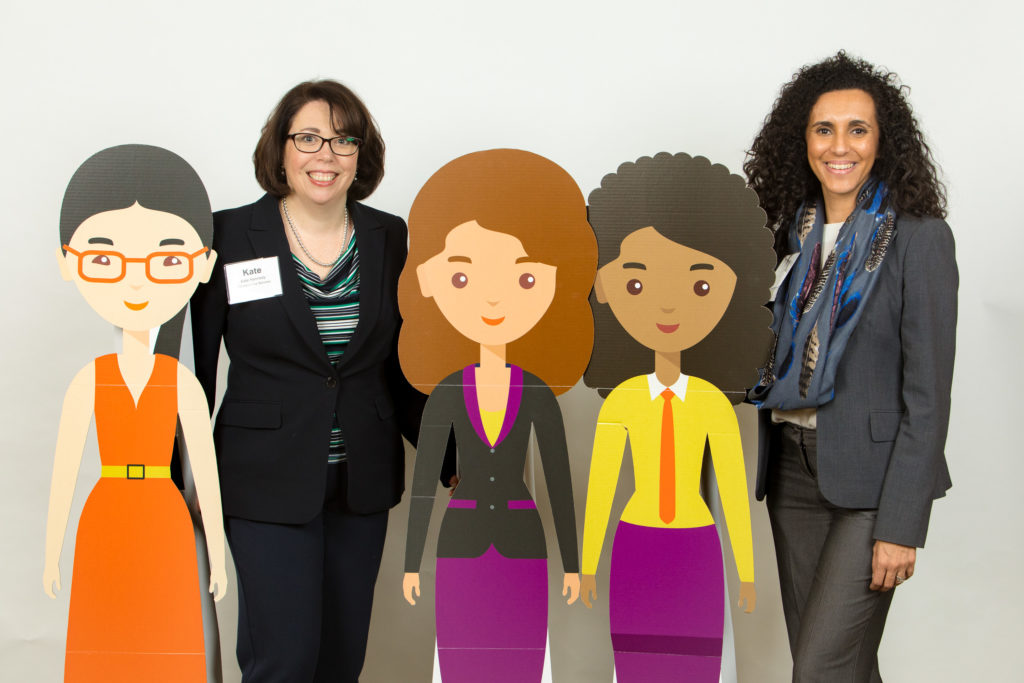 Get to Know Us: New Boston Club Members

Every year, a great number of new members join The Boston Club. Women from all walks of life who have demonstrated significant leadership in their professional careers join the hundreds of other accomplished women who are part of the Club. In an ongoing effort to highlight them, here is the first installment of Get to Know Us: New Boston Club Members!

Angie Castera
Angie is Vice President of People, Culture and Global Human Resources at Oxfam America. She has led a successful career as a senior human resources professional over the last 20 plus years in a variety of industries including hospitality, education, transportation and not-for-profit. As an H.R. leader, she has been a key player in defining, creating/transforming and cultivating culture in these organizations as well as developing and executing initiatives around recruitment, employee engagement, retention, diversity and inclusion, compensation & benefits, succession planning as well as learning and development. She has led teams across these functional areas and has been a member of the senior executive leadership team.

Working for an organization such as Oxfam, Angie is heavily involved in working around issues regarding social injustice, poverty and disasters around the world. She has had a lifelong desire to work in service of the betterment of others. In addition, Angie has held board member positions on several boards including the Urban League of Eastern Massachusetts and most recently, Immigrant Family Services Institute.

Throughout her career, Angie has been a supporter of women, both professionally and personally as an HR leader, mentor and advisor to many women (of all ages and life stages). The transformation to more of a “feministic culture” at Oxfam has been an initiative of which she plays a key role. Angie is also a woman of color and has been a leader of diversity, inclusion and belonging throughout her life and career.

Abby Maxman
Abby has a tremendous and impressive background of over 30 years in international humanitarian relief and development. She is currently the President and CEO of Oxfam America and has a strategic focus on addressing policies that perpetuate global poverty. She has specific experience in gender and power in social change; humanitarian preparedness and response; and organizational development, behavior and culture. Since joining Oxfam in 2017, she has led much change throughout the organization within these areas. Throughout her career, she has also focused on prevention of sexual exploitation and abuse within the aid sector, and currently plays an important role within the Oxfam Confederation and among US-based NGOs to improve safeguarding practices.

Having a long career in the not-for-profit world, Abby has been a servant leader throughout. Before Oxfam, she served as Deputy Secretary General of CARE International in Geneva, providing leadership across the CARE confederation; and prior to that she served as Vice President of International Programs and Operations for CAREUSA, and in other country and regional leadership roles in Africa, Latin America, Asia and the Middle East.  Before CARE, Abby also had assignments with the U.S. Peace Corps, German Agency for Technical Cooperation, UN World Food Program, U.S. Environmental Protection Agency, and the U.S. Department of Agriculture.

Abby has witnessed the impact of poverty, injustice, war and disaster first hand, and has said she believes the fight against global poverty and inequality is more relevant now than ever before.

Marie Beam
Marie holds a senior leadership position as Chief Development Officer at the Discovery Museum in Acton, leading a team focused on development and fundraising. A recent notable achievement is Marie’s leadership of the capital fund raising campaign to build a new museum building, raising $1.8M above the original $7M goal. This resulted in a successful 2018 opening with a significant increase in revenue and attendance for the museum. Marie’s leadership and expertise has had a direct impact on the success of this award-winning museum, in developing the skills and capabilities of her organization and in the external influence of the museum in our community and beyond. Marie is highly respected by the board and her colleagues and demonstrates her leadership in active roles on the strategic planning committee and the Data Task Force Committee.

The museum itself serves a wide community and focuses on gender, accessibility and socio-economic diversity and inclusion. In addition, Marie serves on the board of at the MetroWest Nonprofit Network which supports and strengthens the local nonprofit community by connecting people and their organizations to resources, expertise and each other. Marie also supports her local community through the Littleton Public Schools system by coaching teams and fund raising.  Marie provides mentoring support through her alumni at Simmons University, particularly through the Economics Department. In her leadership role at the Museum, Marie also actively coaches and develops her colleagues.

Michelle Paul
Michelle is currently the Senior Vice President and Portfolio Management of CRIC Capital Principal. She serves on the MCP Real Estate Services Business Development Officer of Cummings Properties Board of Directors –as well as serves on the North Shore Technology Council.

Michelle’s demonstrated community leadership and accomplishments are as follows:  She is with the Board of Directors – CREW Chicago – Non for profit organization promoting women in the Commercial Real Estate industry in Chicago. She is a subcommittee founding member of the Scholarship Committee Board of Directors – North Shore Technology Council (NSTC.org) which is a Non for profit organization promoting economic development in biosciences, CEO technology leadership, and sustainability. She is also an active member and program recruit for sustainability forum and is always seeking women to engage as content leaders for the CEO technology leadership programming track and biosciences.

Michelle’s clear evidence of supporting and advancing woman leaders is her active work on seeking and securing a women focused co-working operator, securing leases with women lead companies and promoting them as enriching to the ecosystem of life sciences and industries with Atlantic Lab Equipment.

Alyson Kelley-Hedgepeth, MD
Alyson is a cardiologist in the Boston area. She has recently joined the Lown Cardiovascular Group, a Harvard Medical School/ Brigham and Women’s Hospital affiliated practice. For the past nine years, she has been employed as a cardiologist and physician leader at Signature Healthcare. During her tenure at Signature Healthcare, she has served in administrative, leadership and clinical innovator roles. She has developed a comprehensive disease management program related to management of patients with congestive heart failure (CHF) that is the top admitting diagnosis to hospitals in the United States. Under her leadership and work with a multidisciplinary team, the combined heart failure disease management program and post-hospital discharge clinic aptly named the “Heart Success Program,” was launched in 2016. She worked with the organization and the population health programs related to heart failure bundled payments (CMS) and risk management contracts. As a result of her efforts, her team was recognized by the American Heart Association “Get with the Guidelines Program” and received a Bronze Award in 2016, a Silver Plus Award in 2017, and Gold Award in 2018.

She has a great deal of community leadership which is as follows: teaching and medical education, served as Chief Cardiology Fellow at Tufts Medical Center and in clinical teaching roles at Signature Healthcare with the transitional year residents. She has been a member of the cardiology lecture series rotation. In the community, she has volunteered at her children’s school, Dedham Country Day School, and served as an Admissions Ambassador for the past four years.