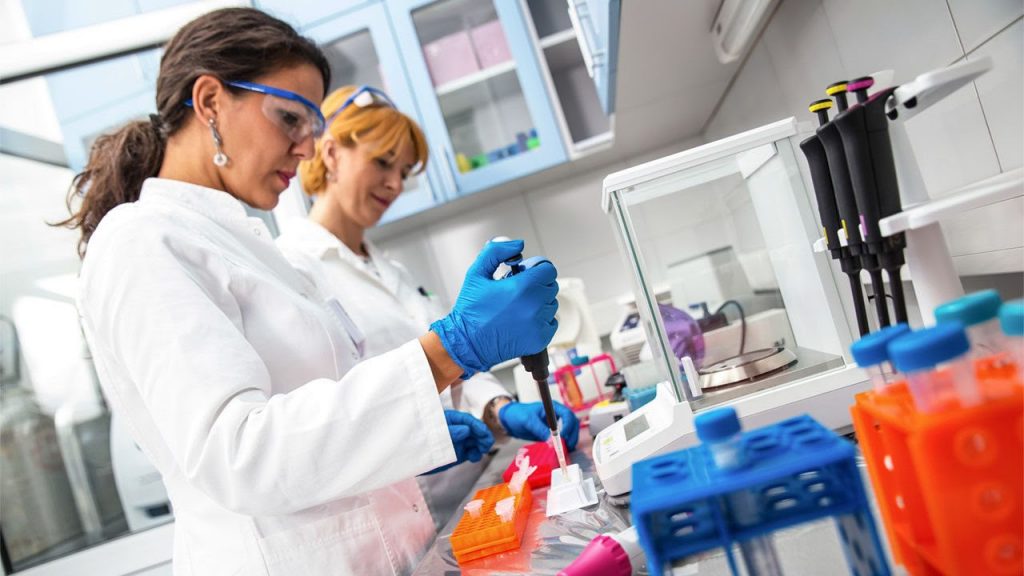 Women Finding the Cure: Medical Innovation at the Cutting Edge

Join us for our upcoming event featuring some of the most exciting female scientists in Boston!

Did you know that the life sciences sector is expanding twice as fast as the overall economy? Or, that diseases previously thought untreatable can now be cured and even prevented due to exciting new technologies being developed right here in MA? Our distinguished panelists are leaders of companies that are completely redefining our world, both professionally and personally. Join us to get a peek at the future and what it takes to create it.

Dr. Aoife Brennan, Chief Executive Officer, Synlogics, joined Synlogic in September 2016 as chief medical officer responsible for the oversight and direction of the company’s clinical development strategy and operations. Aoife previously spent six years at Biogen, where she most recently served as VP and head of the Rare Disease Innovation Unit, which included programs ranging from pre-clinical to commercial. She has also led programs across multiple therapeutic areas including the late phase development of nusinersen for spinal muscular atrophy and ALPROLIX® and ELOCTATE®, treatments for Hemophilia B and Hemophilia A. Prior to joining Biogen, she was director of clinical development at Tolerx, a start-up biotech company focusing on immunotherapy for Type 1 diabetes. Aoife holds a medical degree from Trinity College in Dublin, Ireland and has completed post-graduate training in internal medicine, endocrinology and metabolism. She has completed post-doctoral training in clinical research and metabolism at the Beth Israel Deaconess Medical Center in Boston and is a graduate of the Harvard Medical School Scholars in Clinical Science Program.

Dr. Deya Corzo, Chief Medical Officer, Sigilon Therapeutics, is an expert in biotechnology drug development, genetics and rare diseases with nearly two decades of experience leading clinical research initiatives.  Previously, Deya served as Chief Medical Officer of Sojournix Inc., a privately held company in the women’s health space, where she was responsible for leading the build-out of the company’s clinical research organization.  She previously served as SVP of R&D and Therapeutic Area Head for liver-amenable gene therapies at uniQure. In that role she led efforts to develop a portfolio of preclinical AAV-based programs and oversaw a proof-of-concept clinical trial in hemophilia B for a gene therapy product that obtained Breakthrough Therapy and PRIME designation.  Deya launched her career at Genzyme where she led the medical team responsible for the global registration of Myozyme and Lumizyme, the only approved enzyme replacement therapies for Pompe disease. She is a faculty member of Harvard Medical School and a board-certified attending physician in Clinical Genetics at Boston Children’s Hospital.  She completed a residency in Pediatrics at Maimonides Medical Center and a clinical fellowship in Genetics at Boston Children’s Hospital. Deya received her medical degree from the Universidad Industrial de Santander in her native Colombia.

Dr. Anna Kausz, Chief Medical Officer, Allena Pharmaceuticals, is an adult and pediatric nephrologist with nearly a decade of industry experience in pharmaceutical clinical development and regulatory strategy. Anna joined Allena from EMD-Serono, where she led the development of early-stage immunology compounds. She played key roles in the clinical programs and the regulatory applications for chronic kidney disease therapies Auryxia™ (ferric citrate) tablets at Keryx Biopharmaceuticals and Feraheme® (ferumoxytol) injection at AMAG Pharmaceuticals. Anna earned a BS from Georgetown University, an MD from University of Virginia and an MS in epidemiology from the University of Washington. She completed her residency in internal medicine and pediatrics at the University of North Carolina, and her fellowships in nephrology and pediatric nephrology at the University of Washington Hospital and Seattle Children’s Hospital. Anna had an active clinical practice at the Division of Nephrology at Tufts Medical Center in Boston until 2012.

Ms. Jennifer Reilly, President & COO, Safety Partners, Inc., leads the daily operations of the company and manages its strategic growth. For 25+ years, over 550 biopharma companies have turned to Safety Partners to provide best-in-class environmental, health, and safety (EHS) programs. Leveraging her 25 years of experience in scientific research, health and safety, and lab operations, Jennifer has brought Safety Partners to its next level, with over 50 employees supporting hundreds of clients both in greater Boston and across the US. Prior to joining Safety Partners in 2007, Jennifer spent five years at Alnylam Pharmaceuticals in Cambridge, MA, where she served as Senior Laboratory & Safety Manager for the laboratory facility. She developed and maintained its environmental health and safety program as well as managed the animal care facility. Prior to Alnylam, Jennifer held research positions at Biogen, Inc., Curis, Inc., and Brigham & Women’s Hospital in Boston, MA.  Jennifer holds an MA in Biology from Harvard University as well as a BA in Biology from Saint Anselm College.

Ms. Kerry Hawitt, PhD, Vice President, Business Operations, Takeda, has held senior leadership positions at Takeda’s predecessor Shire since 2006, including Head of Quality Systems & Product Quality, Head of Product Lifecycle Quality, Head of Product Quality Management, and Director of Global Quality Compliance. Kerry is a member of the Royal Society of Biology; Parenteral Drug Association; HBA – Healthcare Women’s Association; and The Boston Club.  She serves on the board of the Discovery Museum. Kerry was educated in the United Kingdom, where she earned BS and PhD degrees in Microbiology at the University of Manchester. She is co-author and co-editor of a monograph on ‘microbiological control for non-sterile pharmaceuticals’, first published in 2008.